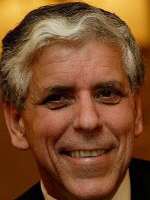 Jacob is a veteran member of the Israeli hi-tech market. He began his professional career as project manager at DEC (Digital Equipment Corp) and then moved on to serve as a member of Orbotech’s global management team (www.Orbotech.com; NASDAQ: ORBK). Jacob was based in Taipei, Hong Kong, Tokyo and Brussels, he served as the General Manger for Orbotech Taiwan, CO-President for Orbotech Japan, VP PCB Division for Orbotech Asia and then President of Orbotech Europe. Ever the entrepreneur, since 2007 Jacob has been a member of the founding teams of Ayehu Software Technologies Ltd. (www.ayehu.com) and Vcodes CPS Ltd. (www.vcodes.tv), helping to initiate the companies’ strategy, sales and fundraising.

Alongside his other roles, Jacob served as CEO of Blue I Water Technologies Ltd. (www.blueitechnologies.com), leading a shift in business focus and completing three investment rounds for four years, until the company was acquired at the end of 2014.

Jacob holds a B.Sc. Degree in Statistics and MA in Social Science and he is a Lieutenant Colonel (Res.); former battalion commander in the IDF.